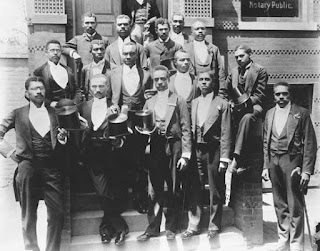 In the dean’s office at a university in Washington, D.C., several students gathered there suggested that I should not have been allowed admission into the university. Because of the color of my skin.

It disturbed my head more than my heart because I knew where they were coming from. Still, they should have given me more consideration. I belonged.

There was more to it. This was in law school years ago at Howard University, one of 107 Historically Black Colleges and Universities (HBCUs), most of which were created in former slave states in the aftermath of the American Civil War.

And I am white.

Howard is in the nation’s capital, where our current president, Trump, presides over a nationalistic American First agenda. Trump appears ready to take on affirmative action by investigating and suing universities that discriminate against white applicants.

Notably, Trump revoked President Obama’s executive order on the White House Initiative on Historically Black Colleges and Universities (WHIHBCU), which has been extant since the Carter administration. Trump’s replacement order in February 2017 eliminates “measurable directives” and deletes the emphasis “especially African Americans”, adding instead the phrase “advancing the interests of all Americans”.

The WHIHBCU notes that the HBCU Career Development Marketplace celebrates its 10th anniversary today, but Trump is no where to be seen in the outdated website. President Obama’s name is still there on the first page.

As for other U.S. presidents:
HBCUs have always allowed admission to students of all races. U.S. News ranks Howard second nationally for HBUCs, behind Spelman College (all women’s college), and ahead of Morehouse College (all men’s college). Hampton University in Virginia, the third-ranked HBUC, traces its roots to Mary Peake, a free African-American who taught a group of about 20 freed slaves under an oak tree.


My roots are Irish Catholic, with some English—naturally conflicted. My ancestors were horribly oppressed in Ireland under the Penal Laws. Even presidential candidate John F. Kennedy worried about his Irish Catholic background. Remember, Catholics informally represent one of the Ks in the KKK—Katholics, Kikes (Jews), and Koons (Blacks). But Kennedy faced the religious issue head on.

Later, President Kennedy started the U.S. Peace Corps. Before joining the Peace Corps, I had read then-senator Kennedy’s book, Profiles in Courage. He had donated his Pulitzer Prize money for that book to the United Negro College Fund.

Eventually, the Irish in America became “white” because, although everyone’s skin color is an “immutable characteristic”, our white skin allowed us to blend in and access the American dream. I grew up in a virtually all white suburb of Boston. One reason I chose Howard for law school was because it was an intra-cultural experience, which followed naturally my intercultural experience in the Peace Corps.

As for the law school dean, he flat out told the students who had approached him that I did belong there at Howard. All these years later, I found an article, “Peace Corps Teams Up with The White House Initiative on Historically Black Colleges and Universities for East Coast Tour.” This pleases me. The connection is palpable.

Affirmative action is a reaction, a reaction to past discrimination. It didn’t come out of an ideological or factual vacuum. It came out of the reality born of millions of racially prejudiced experiences. Millions, which has momentum, momentum that must be overcome, offset until America is affirmatively on a path toward equitable balance. At what point that is, is a matter of dispute. In Grutter v. Bollinger, the Supreme Court stated: “We expect that 25 years from now, the use of racial preferences will no longer be necessary to further the interest approved today.” That was in 2003, which means the justices expected that balance in 2028.

They are not the only prejudices out there, but cumulatively, racial prejudices represent a significant target for remedy. So yes, we, collectively—collecting our flaws as well, necessarily—all belong. 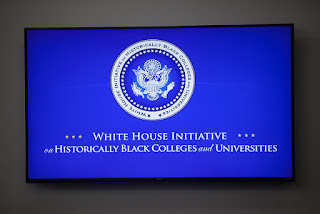 Posted by Kevin Daley at 3:22 PM No comments: